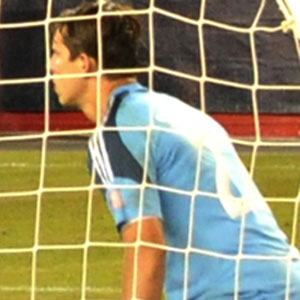 American goalkeeper who began his MLS career with the New England Revolution in 2009 until 2016. In 2017 he was traded to Minnesota United.

He played college soccer at Loyola College and the University of Buffalo.

He began his professional career with the USL's Albany BWP Highlanders in 2007.

He was born to Robert Shuttleworth and Maggie Hoeltke.

He and Clint Dempsey both played for the New England Revolution.

Bobby Shuttleworth Is A Member Of