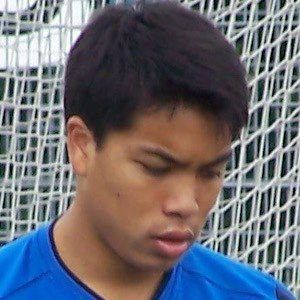 Member of the United States Men's National Soccer Team since 2013 who began playing with Hamburger SV in 2016 after previously being a member of 1860 Munich for the majority of his career.

He spent the earliest parts of his youth career with Powder Edge SC. He then played with the Irvine Strikers before relocating to Germany to play with 1860 Munich.

He is of both African-American and Japanese descent. He was born in Honolulu, Hawaii as Bobby Shou Wood.

He became a teammate of DeAndre Yedlin while playing with the United States Men's National Soccer Team.

Bobby Wood Is A Member Of