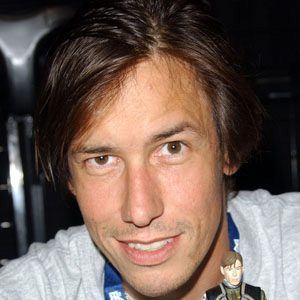 Television and film actor who played the character Brendan Constanza in the science-fiction TV series Battlestar Galactica. He also played Fernando Escalante in the 1988 film Stand and Deliver.

He graduated from the UCLA School of Theatre.

He is an accomplished drummer, sometimes playing music with his brother.

His father is acclaimed actor Edward James Olmos and his mother is Katjia Keel.

He appeared alongside actor Dean Stockwell in Battlestar Galactica: The Plan.

Bodie Olmos Is A Member Of