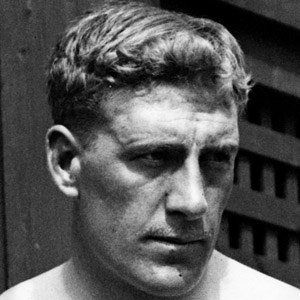 Heavyweight boxer who was crowned as the British champion an amazing 14 times. He held the title 9 consecutive years, from 1911 to 1919.

He was a bombardier in the Royal Artillery, which is where his famous nickname comes from.

He wrote the book "Modern Boxing: a Practical Guide to Present Day Methods" in 1911, just one year into his professional boxing career.

He was born William Thomas Wells and was one of nine children born to Emily Farrier and William Wells, Sr..

He and Danny Williams are both former British heavyweight boxing champions.

Bombardier Billy Wells Is A Member Of