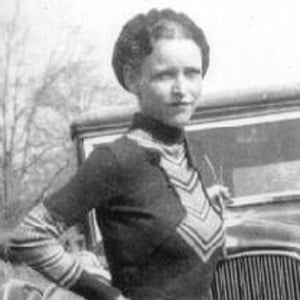 Legendary outlaw who became known as the female half of Depression-era crime gang Bonnie and Clyde.

She was an outstanding student, excelling at spelling, writing, and public speaking.

She wrote poetry, namely "The Story of Suicide Sal" and "The Trail's End," which has since become known as "The Story of Bonnie and Clyde."

She was still married to Roy Thornton at the time of her death and was wearing his wedding ring.

She was portrayed in the 1967 film classic, "Bonnie and Clyde," by Faye Dunaway.

Bonnie Parker Is A Member Of