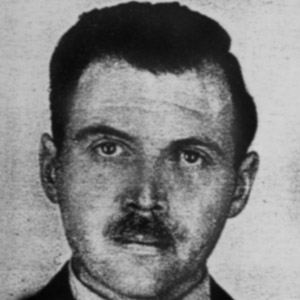 Nazi war criminal who performed inhumane medical experiments on Auschwitz prisoners and was nicknamed The Angel of Death.

He studied anthropology at the University of Munich and medicine at Frankfurt University before joining the Nazi SS in 1938.

He performed horrific experiments on Auschwitz prisoners who suffered from dwarfism or were twins. His experiments nearly always ended in the subjects' deaths and included sterilization, amputation without anesthesia, injections of chemicals into children's eyes with the purported goal of altering eye color, and other atrocious acts.

He had a son with his first wife, Irene Schonbein. Schonbein filed for divorce in 1949, and Mengele married his second wife, Martha Mengele (the widow of his brother) in Uruguay in 1958.

He became acquainted with fellow Nazi criminal, Adolf Eichmann, while both men were living in South America and evading arrest in the post-World War II years.

Josef Mengele Is A Member Of