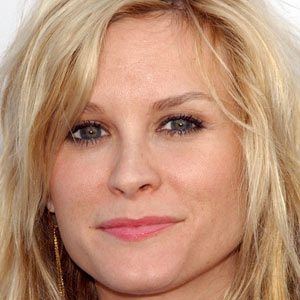 Actress who became known for her recurring role as Mona in season eight of the hit sitcom Friends. She also played Rachel Hoffman in The O.C. She had a main role in television series such as Grosse Pointe, Kitchen Confidential and Golden Boy.

She was just another face in the crowd in the movie City Hall.

Also a singer, she wrote and sang a song that was used in the movie Garden State.

She had eight aunts and uncles on her mother's side alone.

She appeared in the movie Without a Paddle, starring Seth Green.