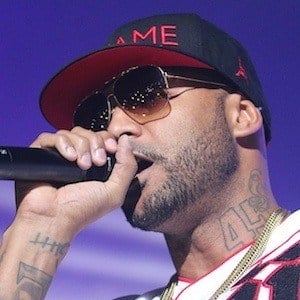 Born Elie Yaffa, he is a French hip hop artist who scored his third platinum-selling album with Futur in 2012.

He formed the hip hop duo Lunatic in 1994 with his friend Ali. The two later co-founded the record label, 45 Scientific, after they weren't signed by any major record labels due to their controversial lyrics.

He is also the creator of the Unkut clothing line.

He was born to a French mother and a Senegalese father in Boulognie-Billancourt, France. He has children named Luna and Omar.

He featured Diddy on his 2010 single "Caesar Palace."

Booba Is A Member Of