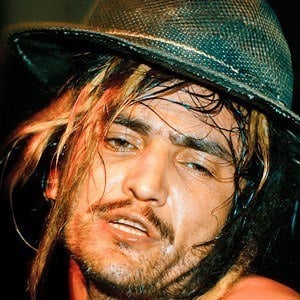 Hard rock and punk singer born Carlos Rodriguez who has seen success both in bands and as a solo artist.

He realized his band Fun People was coming to an end, so he branched out into a solo career.

He specialized in mixing musical styles and genres, as well as focusing lyrics on issues like nonviolence, vegetarianism, and traditional gender roles.

He developed another identity for Boleros and Romantic songs, "Il Carlo."

Boom Boom Kid Is A Member Of