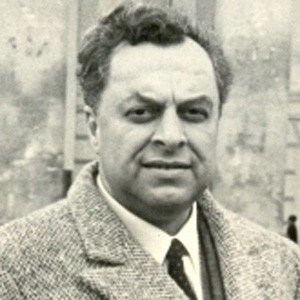 Renowned twentieth-century operatic bass. An accomplished performer of the works of Verdi, he sang such roles as Zaccaria (in Nabucco), Philip II (in Don Carlo), and Attila (in Attila).

He studied law and worked as a magistrate while singing in the Gusla Chorus.

He made his American debut in 1956 at the San Francisco Opera.

He was born and raised in Plovdiv.

Boris Christoff Is A Member Of