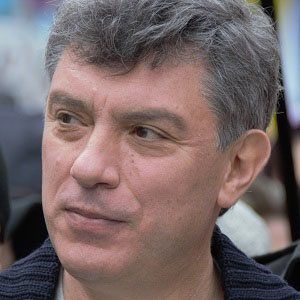 Notable as both a politician and a scientist, he served as Deputy Prime Minister of Russia under President Boris Yeltsin and Prime Ministers Viktor Chernomyrdin and Sergey Kirienko.

After earning his doctorate in physics from N. I. Lobachevsky State University, he worked for the Radiophysical Research Institute. He became involved in politics following the 1986 Chernobyl nuclear power plant disaster.

At the start of his political career, he was a member of the Union of Right Forces party. He later briefly belonged to the Solidarnost and People's Freedom parties before ultimately joining the Republican Party of Russia. A vocal critic of Russian President Vladimir Putin and an anti-Ukraine war activist, he was assassinated in early 2015.

In the early 1990s, during his tenure as Governor of Nizhny Novgorod, he instituted a capitalist reform movement that improved the Russian economy and earned him the praise of British Conservative Party Prime Minister Margaret Thatcher.

Boris Nemtsov Is A Member Of