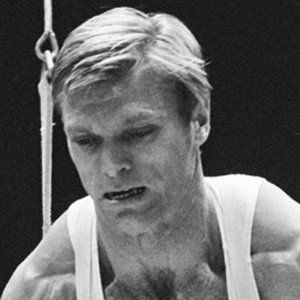 Soviet gymnast who was the 1960 Olympic all-around champion and won a total of seven gold medals at the Summer Olympics.

He began gymnastics at the age of 12.

He retired from competition at the age of 35 when he suffered a heart attack.

He had a daughter named Irena with his wife Larissa.

Boris Shakhlin Is A Member Of