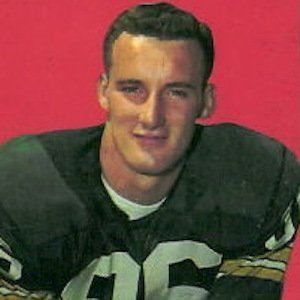 Legend of the Green Bay Packers was a key part of their five early NFL championships, including Super Bowl II.

He played football at the University of Colorado, and entered the NFL in 1959, winning the Rookie of the Year award.

Leading the Packers in receptions in seven of his 12 seasons, he finished with 7,270 total yards, and 40 touchdowns.

He was born in Rock Springs, Wyoming.

He played under the Hall of Fame Packers coach Vince Lombardi.

Boyd Dowler Is A Member Of