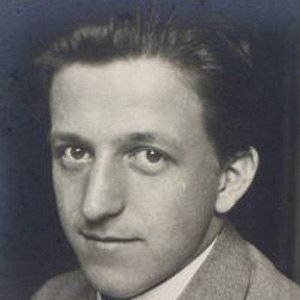 Prolific Slovenian visual artist who helped to establish the Ljubljana Academy of Fine Arts. As his career developed, he experimented with expressionism, symbolism, and lyrical realism and produced paintings, illustrations, and documentary films.

He attended the Academy of Fine Arts in Prague where he studied graphic design.

He was inducted into the Slovenian Academy of Sciences and Arts in 1949.

His wife Tatjana Gudrunova was a constant influence upon his work.

He and author Ivan Cankar were both born in Slovenia.

Bozidar Jakac Is A Member Of

Born In 1899
Born in Slovenia
Cancers