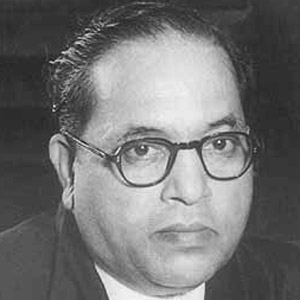 Indian philosopher, politician, and leader who was known as one of the most influential figures in India's history.

He had to overcome being born into India's caste system as an untouchable.

He played an instrumental role in drafting India's Constitution in 1949.

He married his second wife Savita Ambedkar in 1948.

He was voted the second greatest Indian in history behind Mahatma Gandhi .

BR Ambedkar Is A Member Of