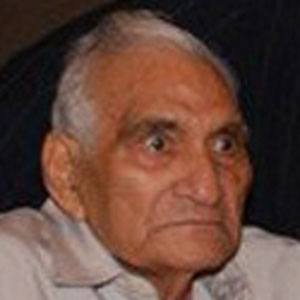 He directed his first film A News Piece in 1944.

He won Lifetime Achievement awards from the Filmfare Awards, the Bombay International Film Festival, and the Screen Weekly Awards.

He had a son named Ravi and two daughters.

He produced the 2008 film Bhoothnath, which starred Amitabh Bachchan.

Baldev Raj Chopra Is A Member Of