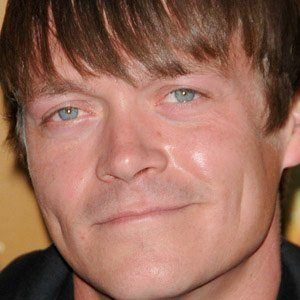 American musician best known as the singer and drummer for alternative rock band 3 Doors Down, the group known for songs like their debut single, "Kryptonite."

He began touring with bandmates Todd Harrel and Matt Roberts at the age of eighteen.

He married Jennifer Sanderford in 2009.

Drummer Daniel Adair was Arnold's bandmate in 3 Doors Down until Adair left to join Nickelback.

Brad Arnold Is A Member Of