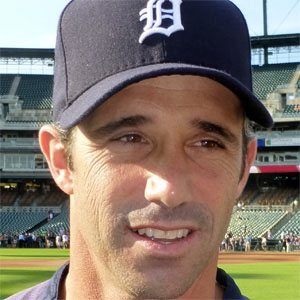 Former MLB catcher who was named to one All-Star game during his career, in 1999 while playing for the Detroit Tigers; became head coach of the Tigers in 2014.

He was selected in the 47th round of the 1987 MLB Draft by the New York Yankees but decided to attend Dartmouth College before joining the team.

He was born to Harry and Linda Ausmus. In 1995, he married Liz Ausmus. He has two daughters, Sophie and Abby.

He was a star baseball player at Cheshire High School where he played on the same team as future NHL defender Brian Leetch.

Brad Ausmus Is A Member Of