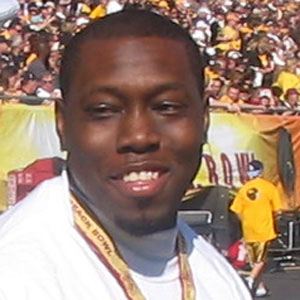 Journeyman quarterback who has played primarily in the CFL, and is remembered for being the 2002 Heisman Trophy runner-up.

In 2002 he was the Big Ten Player of the Year, and the Davey O'Brien Award winner.

He was born and raised in Belle Glade, Florida.

Brad Banks Is A Member Of