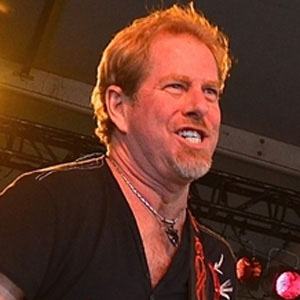 He received his first guitar at age eight and, two years later, he had formed his own band.

While still part of Rubicon, he played at CAL JAM II, a rock festival that also included Aerosmith, Santana, and Foreigner.

He grew up in Honolulu, Hawaii.

He contributed the song "Stampede" for the soundtrack to the 1991 film Don't Tell Mom the Babysitter's Dead, which starred Christina Applegate.

Brad Gillis Is A Member Of