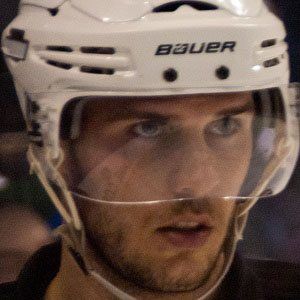 NHL center who began his career with the Boston Bruins in 2006 and helped the team win a Stanley Cup Championship in 2011.

He began his youth hockey career at age 17, playing for HC Kladno in the Czech junior hockey league.

He won the NHL Plus-Minus Award and the Boston Bruins' Seventh Man Award in 2009.

He was born in 1986 in Sternberk, Moravia, Czechoslovakia. He married Naomi Starr in 2014.

He and Patrice Bergeron were teammates on the 2011 Stanley Cup-winning team.

David Krejci Is A Member Of