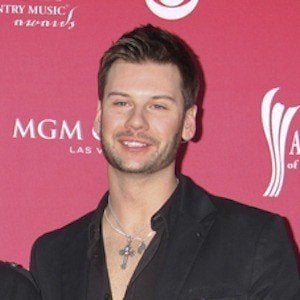 Country music singer/songwriter who rose to fame as the lead vocalist of Emerson Drive. In 2017, he and the band announced their eighth studio album and released the first single "Just Got Paid" on Canadian radio stations.

He realized that he wanted to be a musician at age 15 and his first paid gig was during a high school awards show.

He and his wife Jana have a son named Tyler Robert.

He and Emerson Drive opened for Shania Twain during her Up! Tour.

Brad Mates Is A Member Of