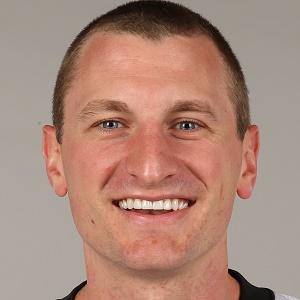 NFL punter drafted by the Carolina Panthers in 2012, became known as B52 for his big leg. He set a franchise season records for gross average and net yards in 2013.

He was ranked one of the top five players in the state of Wisconsin after playing defensive back and tight end at Brookfield Central High School.

He was a two-time All-Big Ten honorable mention at the University of Wisconsin before being one of the two punters selected in the 2012 draft.

He was raised by his parents William and Jane in Brookfield, Wisconsin.

He was drafted by the Carolina Panthers in 2012, a year after star quarterback Cam Newton was the team's first overall pick.

Brad Nortman Is A Member Of