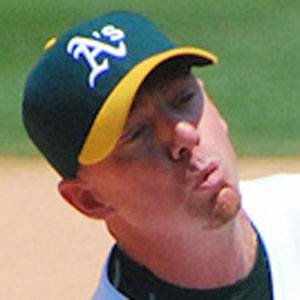 Right-handed reliever known for his sidearm delivery and good control and movement; he debuted in 2008 for the Oakland A's.

He joined the Arizona Diamondbacks in 2011.

He was born in Pratt, Kansas.

Catcher Kurt Suzuki was his teammate at Oakland.

Brad Ziegler Is A Member Of