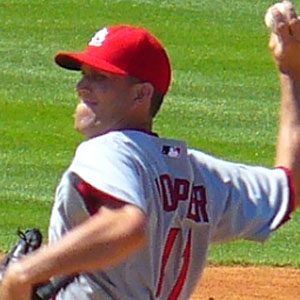 Right-handed pitcher who started and relieved and won two World Series, one with the Florida Marlins in 2003 and won with the St. Louis Cardinals in 2006.

He played football, basketball, and baseball at Mangum High School in Oklahoma.

He represented the United States at the 1996 Olympics and won a bronze medal in baseball.

He was born in Weatherford, Oklahoma.

He was Mark McGwire's teammate the year he hit 70 home runs.

Braden Looper Is A Member Of