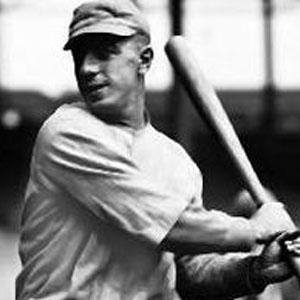 Playing minor-league ball since the age of 17, he was quickly nicknamed Braggo, for his self-aggrandizing stories.

While he won a home run title one year, and a base stealing title another, many teams reportedly held celebrations at the end of the year when he was released.

He was born in Burlington, south Wisconsin, where his parents were vacationing for the summer.

He played alongside Shoeless Joe Jackson for a year on the Chicago White Sox.

Braggo Roth Is A Member Of