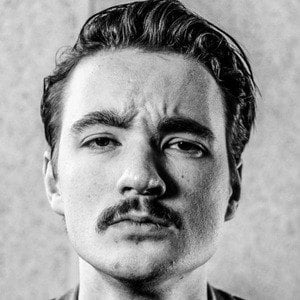 Dutch radio host who is known for his work as a DJ for Slam! FM. He is also known for appearing on videos for their YouTube channel and shares additional lifestyle and alternative content through Instagram for his over 1 million followers.

His career first started by uploading YouTube videos to his channel Bramos. After earning his degree in journalism, he started working for the #First television program. He then joined the Slam! FM network in November of 2017.

He was nominated for the Marconi Award for Best Upcoming Talent in December of 2018.

He was born and raised in Weesp, Netherlands.

He is known for working alongside fellow DJ and radio host Giel Beelen at the Slam! FM channel.

Bram Krikke Is A Member Of