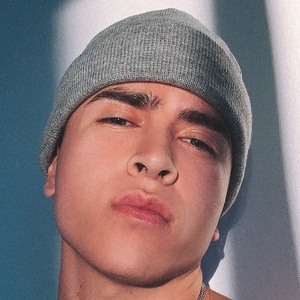 American pop singer who is best known for his popular 2019 songs "Do To Me" and "Fantasía." He is also known for his Instagram account, which features lifestyle, music, and travel-related content.

He first became known in the entertainment industry as a fashion photographer from Los Angeles. He photographed celebrities such as Ruby Rose, Cameron Dallas, and Manu Ríos. In 2015, he released his first music video cover, a cover of the song "See You Again" By Charlie Puth and Wiz Khalifa.

He has amassed over 20,000 followers to his Instagram feed. He has written and produced his own music in addition to performing vocals. He has worked professionally as a model.

He is a well known American pop singer in the same realm as Becky G.

Brandon Andre Is A Member Of