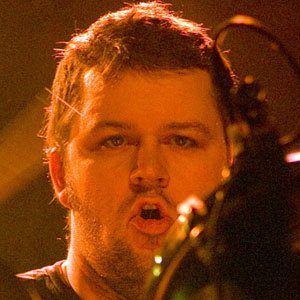 Musician and producer best known as the drummer for punk rock band Rise Against, the group known for songs including "Satellite" and "Savior."

He briefly played with Pinhead Circus and can be heard on their second album, 1999's Everything Else Is Just a Far Gone Conclusion.

He is a strict vegetarian and PETA supporter. He studied music in college and played drums in the University of Colorado music program, and it was here that he realized his dreams of making music. He is an avid Denver Broncos fan.

His first drum set was given to him when he was only nine by his grandfather, a Chicago jazz musician. He and his wife Tara have a son and a daughter.

He was influenced by Dave Lombardo.

Brandon Barnes Is A Member Of