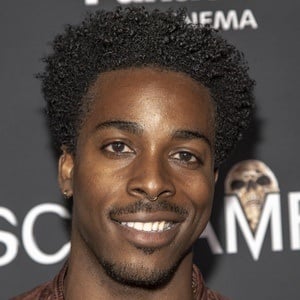 Television actor who rose to fame for his portrayal of Kordell on the 2017 Original Netflix Series Dear White People. In 2014, he made a guest appearance on The Fosters. He has amassed over 20 acting credits throughout his career.

He made his television debut on The Tiffany and Erin Show: Before They Were Stars in 2012.

In 2016, he guest starred on an episode of HBO's Insecure. He also appeared in a few episodes of the TV show You're the Worst in 2019.

He was cast on Dear White People, which starred Logan Browning.

Brandon Black Is A Member Of