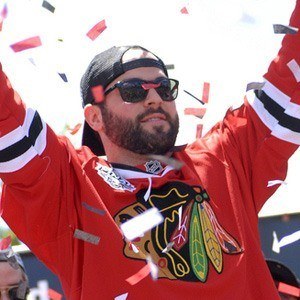 Left wing known for his physicality and aggressiveness; debuted for the Chicago Blackhawks in 2011.

He played hockey at St. Lawrence University in New York.

He was part of the 2013 Stanley Cup-winning Blackhawks team.

He grew up with his family in St. Charles, Missouri.

His favorite player growing up was legendary goal-scorer Brett Hull.

Brandon Bollig Is A Member Of