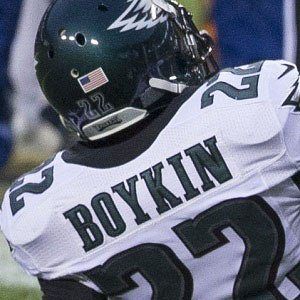 Cornerback who made his NFL debut in 2012 for the Philadelphia Eagles.

He attended the University of Georgia, where he was the MVP of the 2012 Outback Bowl.

He was born in La Grange, Georgia.

His first career interception came off of Robert Griffin III.

Brandon Boykin Is A Member Of