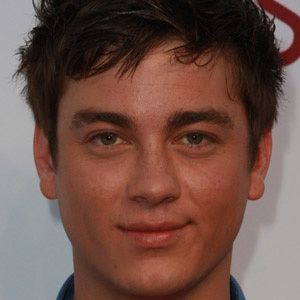 Portrays the role of Cole Thornhart on the soap opera One Life to Live.

He graduated from Lake Region High School in 2003.

His brother and sister live in Texas.

He appeared on an episode of The Tyra Banks Show.

Brandon Buddy Is A Member Of