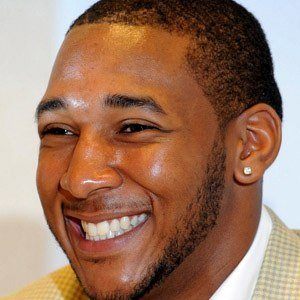 NFL wide receiver who was selected in the sixth round of the 2009 NFL Draft by the Philadelphia Eagles. He played for the St. Louis Rams from 2009 to 2012 then joined the Miami Dolphins in 2013.

He attended Washington State University, where he was named to the All-Pac-10 team in 2007.

He grew up with two sisters, Nicole and Sherelle, and one brother, Steven.

He became a teammate of Steven Jackson after joining the St. Louis Rams in 2009.

Brandon Gibson Is A Member Of