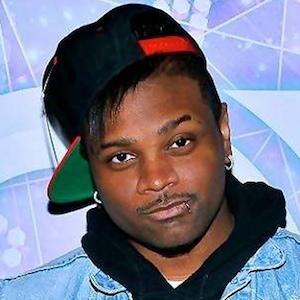 Member and choreographer of I.aM.mE Crew who also won the 6th season of America's Best Dance Crew. He is known by the stage name 747.

He worked at a grocery store in Houston for almost 5 years after high school while also serving as the director at a dance studio.

He received a full sports scholarship to Southern University in Baton Rouge, LA but turned it down because he wanted to follow his dream of becoming a choreographer/dancer.

He has three sisters: one older, and two younger twins.

He performed with I.aM.mE alongside Chachi Gonzales.

Brandon Harrell Is A Member Of