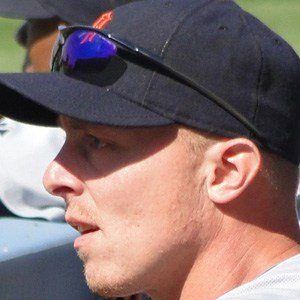 MLB third baseman who spent his first 12 seasons with the Detroit Tigers, and became known for his fielding prowess.

He was selected to his only MLB All-Star game in 2009.

He had two sons, Chase and Tyler, with his wife Shani.

He played alongside superstar Miguel Cabrera for a few years on the Tigers.

Brandon Inge Is A Member Of