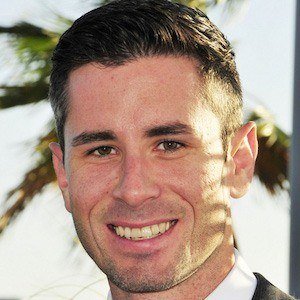 Journeyman MLB pitcher known for being the 77th player in league history to pitch an immaculate inning, which constitutes striking out all three batters in an inning while throwing nine total pitches. Among the teams he's played for are the Oakland A's and Arizona Diamondbacks.

While playing for the Oakland A's in 2012, he was hit by a line drive by Erick Aybar, suffering a brain contusion and skull fracture.

He married Amanda McCarthy in 2010. He grew up in Glendale, California.

He joined the Los Angeles Dodgers, who were hoping to find pitching depth behind Clayton Kershaw, in 2014, but later had to undergo Tommy John surgery.

Brandon McCarthy Is A Member Of