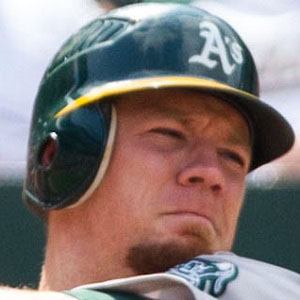 American baseball first basemen who began his MLB career with the Boston Red Sox in 2007.

He was selected by the Boston Red Sox in the 8th round of the 2002 Major League Baseball Draft.

He hit 5 home runs in his first 4 games with the Oakland Athletics in June 2012.

He joined Yoenis Cespedes on the Oakland Athletics in 2012.

Brandon Moss Is A Member Of