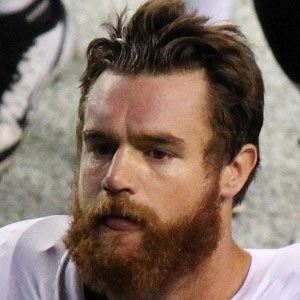 NFL tight end who was drafted by the Oakland Raiders in the 2009 NFL Draft. He was previously a First-Team All-Big Ten selection at the University of Iowa.

He attended Monroe High School in his hometown of Prarie City, Iowa.

In December 2012, he set a Raiders record with fourteen catches in a game.

His parents are Phrana and Dan Myers.

He and Darrius Heyward-Bey were both taken by the Oakland Raiders in the 2009 NFL Draft.

Brandon Myers Is A Member Of