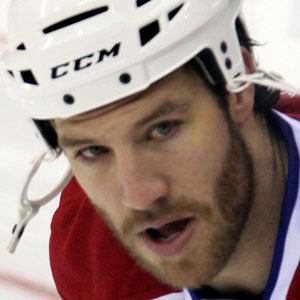 Left-handed winger known for aggressiveness and penalty-killing who debuted in the NHL for the Calgary Flames in 2005 and has also played for the Montreal Canadiens and New York Rangers.

He won the Steven McDonald Extra Effort Award in 2011, which is given annually to the Rangers player who goes "above and beyond the call of duty."

He has an uncle who was a Broadway actor.

He scored his first goal as a member of the Montreal Canadiens against the legendary Martin Brodeur.

Brandon Prust Is A Member Of