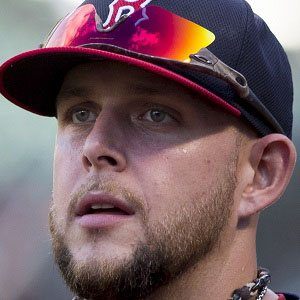 13th overall pick of the Baltimore Orioles in the 2005 MLB Draft who made his MLB debut for the Orioles on September 10, 2010 at the age of 23. He has played first base, third base and in the outfield at the professional level.

In 2015, he was playing infield for the Southern Maryland Blue Crabs of the Atlantic League of Pro Baseball. He has been part of the Texas Rangers and Boston Red Sox organizations as well.

He was born in Las Vegas, Nevada and is the son of former MLB pitcher Brian Snyder.

He was taken in the first round of the same MLB draft that Justin Upton was selected first overall.

Brandon Snyder Is A Member Of