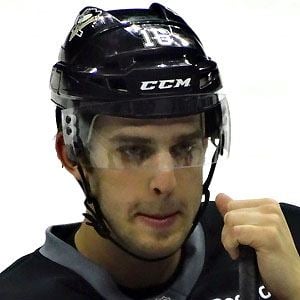 Member of one of hockey's greatest families who began playing for the Carolina Hurricanes in 2008 and was traded to the Pittsburgh Penguins in 2012.

He played in junior hockey leagues and won the gold with the Czech Republic at the World Junior Championships.

In his very first NHL game, he was checked hard and knocked out of the game by Doug Weight.

He was born into a long line of NHL players and coaches; his father, Brent, coached the Calgary Flames.

He and Carey Price began playing hockey within a few years of each other; both were regarded as bright young stars during their first few seasons.

Brandon Sutter Is A Member Of