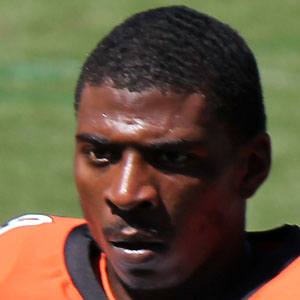 NFL wide receiver who was a third-round 2009 NFL Draft pick by the New England Patriots.

He played both basketball and football at Hugh M. Cummings High School in Burlington, North Carolina.

His brother, Barry, also excelled at football, being a four-year letterwinner while attending Lenoir-Rhyne University.

He began playing under coach Marvin Lewis, 2009's AP NFL Coach of the Year, upon signing with the Bengals.

Brandon Tate Is A Member Of