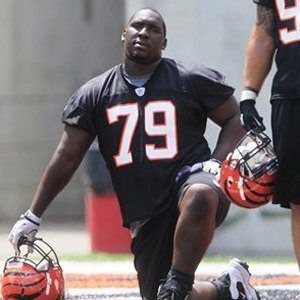 Defensive tackle who made his NFL debut in 2012 for the Cincinnati Bengals.

He was a four-star recruit in high school, and an second-team All-ACC selection at Clemson University.

He was born in Thomasville, Georgia.

He was part of a Bengals draft class that included Mohamed Sanu.

Brandon Thompson Is A Member Of