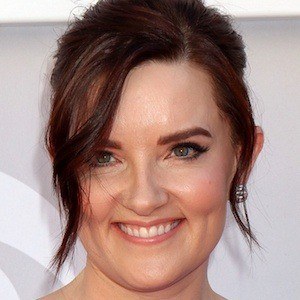 Grammy nominated and CMA Award-winning singer-songwriter who took home the honor of Song of the Year for her single "Follow You Arrow" in 2014. She was also nominated at the CMAs that year for New Artist of the Year.

She was 9 years old when she first touched a guitar. She sang in school musicals and also played basketball, earning a scholarship to play at Central Washington University.

Her debut album, 12 Stories, peaked at #2 on the US Heatseekers chart. Her Grammy nomination was for the song "Mama's Broken Heart."

She was born in Morton, Washington. She has a brother and is openly gay.

She opened shows for Sheryl Crow in 2012.

Brandy Clark Is A Member Of