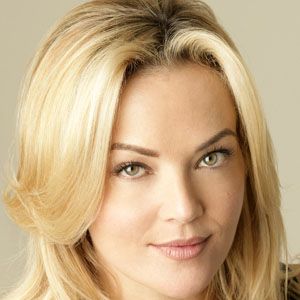 Played Doyle in the sci-fi series Andromeda with Lisa Ryder. She was also Penthouse's 1992 Pet of the Year before her TV stardom was realized.

She was a former Penthouse model who received an acting role on Baywatch Hawaii.

She had a minor role in the film Demolition Man with Wesley Snipes.

She was previously married to snowboarder Damien Sanders.

She appeared on an episode of Modern Family with Julie Bowen.

Brandy Ledford Is A Member Of