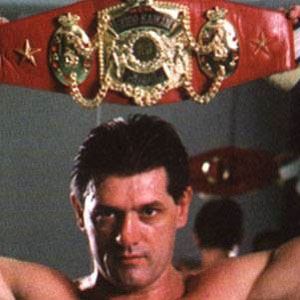 Pioneer of Croatian fighting who won the inaugural K-1 World Grand Prix tournament in Japan in 1993. He was known as a kickboxer in the heavyweight division.

He took home numerous championships at the professional level as well and finished with a professional kickboxing record of 87-9-1 and 1 no contest.

He was born in Split, SR Croatia, Yugoslavia.

Following his boxing career, he appeared in the B-movie Skyscraper which starred Anna Nicole Smith.

Branko Cikatic Is A Member Of