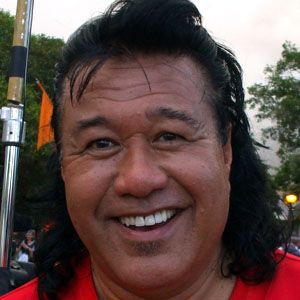 Played the role of Bobby Sixkiller in the syndicated TV drama, Renegade and also appeared as a stuntman in many Hollywood productions.

He began his television career in the 1970s, with minor parts on shows including The Bionic Woman and The Rockford Files, as well as the pilot episode of Magnum P.I.

Standing at 6'3' with a solid build, he fought on screen with Steven Seagal in Hard to Kill and Arnold Schwarzenegger in Commando.

He was born in Los Angeles, California, and his father, Leo C. Richmond is also an actor and stuntman.

He starred alongside Lorenzo Lamas on the series, Renegade.