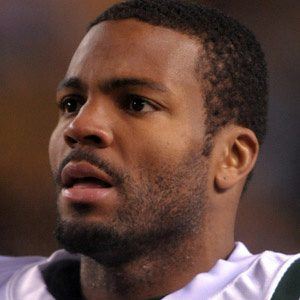 Standout University of Michigan wide receiver who was selected 3rd overall by the Cleveland Browns in the 2005 NFL Draft.

After starring at Bishop Gallagher High School in Detroit, he went on to set several school records at the University of Michigan.

He had his best year as a professional in 2007, when he was named to the Pro Bowl and All-Pro team.

He was raised with a brother, Berkely Edwards.

He played on the San Fransisco 49ers alongside Vernon Davis in 2011.

Braylon Edwards Is A Member Of