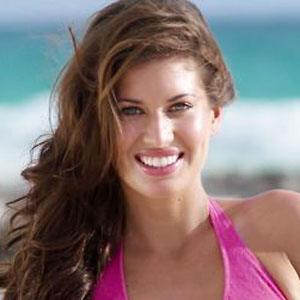 American model and actress who has been featured in advertisements for Guess? jeans and JC Penney. She also appeared in the film Raspberry & Lavender in 2004.

She trained to be a professional scuba diver.

She was the cover model for the remix version of the 1965 jazz album Whipped Cream & Other Delights by Herb Alpert & the Tijuana Brass in 2006.

She was raised with her family in Corona Del Mar, California.

She appeared in the television series My Generation starring Julian Morris.

Bree Condon Is A Member Of